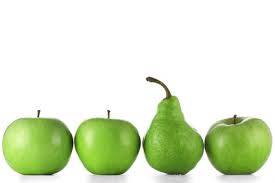 Coming from a good family, going to a really good school and having been given plenty of opportunities and platforms to succeed, being a failure coming from that kind of background is an exception to the rule. It just doesn’t make sense, after all that you had at your disposal, why would you still fail? It seems almot like an act of rebellion, its an exception to the rule. Flip the coin. You are the first kid from your hometown to go to university..and this ain’t the 60s when there were laws keeping certain folks from progressing in life, but this is the 21st century where opportunities are meant to be boundless for all. But you were born on the wrong side of the track and despite the plenty that many in the world could boast of you and your family somehow always wallowed in lack. It’s a miracle you made it this far, by all counts you weren’t supposed to be here: its an exception to the rule. Don’t minimise our stories to the notion that its is because of our choices that we are where we are today. It does matter where we come from. It is true that we are marked by the decisions we make, yet those decisions only exist in the context of the home from which we come or failed to come from, the schools we attend or don’t attend, the people we surround ourselves with. These things have a profound impact on who we become, on where we end up- perhaps a lot more than we give each other credit for.. Indeed we have the power to change the status quo, to go against the grain, but if we do that we must know that in the moment we are ceasing to be a product of our environment,we are  an anomaly, an unexpected result, given the odds: an exception to the rule.
‘

Writing is the lens through which life makes sense. I write what I see and I write in order to see.
Loading Comments...
%d bloggers like this: